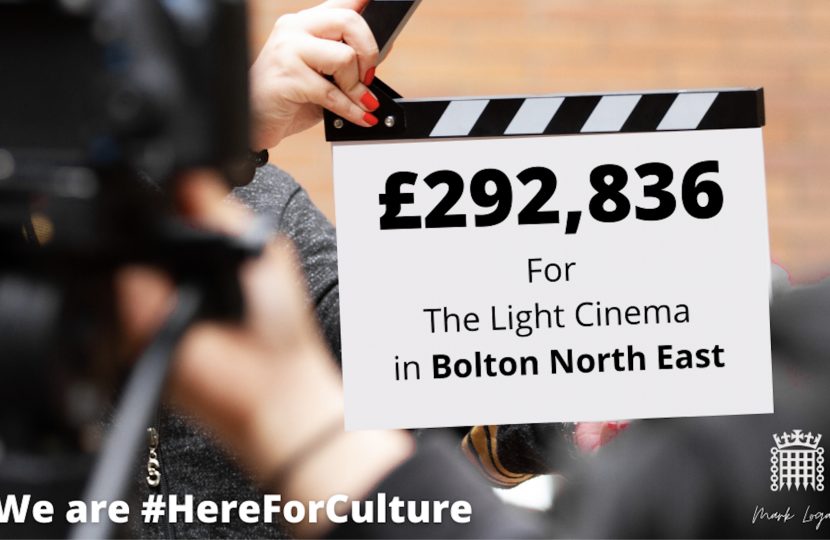 The Light Cinema in Bolton North East will benefit from nearly £300,000 of government funding from the £1.57 billion Culture Recovery Fund, protecting jobs at the independent cinema in Market Place.

This comes as part of £2,928,364 in funding for The Light Cinema group, who operate 10 cinemas across the country. The financial boost will ensure that the group’s film programming and community engagement can restart when cinemas reopen.

“The Cinema is such an important cultural experience, a way to relax and unwind as well as providing some escapism – something I’m sure we are all craving right now.

I am extremely pleased that The Light Cinema in Market Place is benefitting from the Culture Recovery Fund. It’s a fabulous venue and hugely important to the recreational livelihoods of Boltonians.”

“This will help protect the jobs of the 220 people who are employed at our cinemas. We look forward to delighting our guests once more when we reopen all our sites later this year.”

The grants have been awarded by the British Film Institute on behalf of the Department for Digital, Culture, Media and Sports builds on over £1 billion awarded to a huge range of cultural and heritage organisations last year.