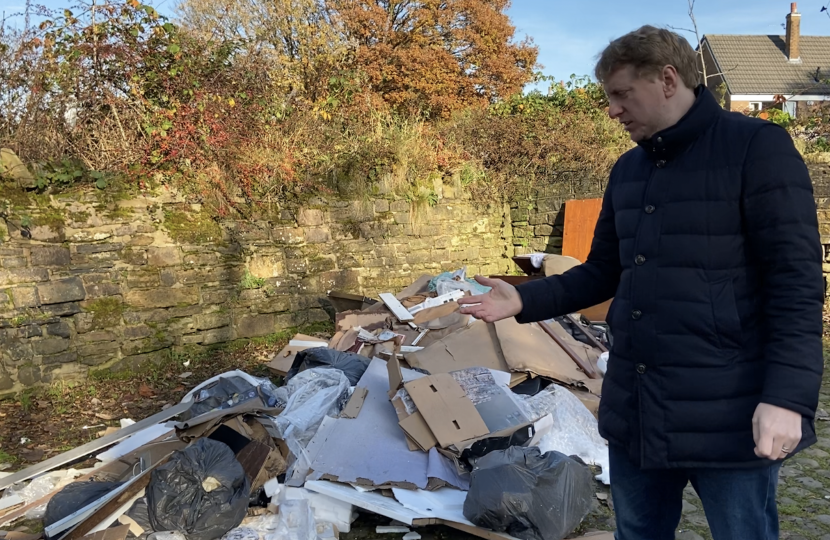 Locked down, everyone has come to rely on their green space close to home. The local park has become our significant somewhere to escape, exercise and play.

Keep Britain Tidy, an environmental charity, is asking everyone to pledge to do their bit to clear up the litter that blights these places. From the 28 May – 13 June they are launching the Great British Spring Clean.

The MP for Bolton North East is encouraging Boltonians to join the pledge to clean-up and take part in the million-mile mission.

Since being elected Mark Logan MP has been vocal about keeping the borough tidy, joining numerous litter picks and calling for a crackdown on illegal fly-tipping.

“It’s heart breaking to see our heritage sites and parks blighted by litter.

We are extremely lucky in Bolton to have such dedicated Litter Heroes, whom I cannot thank enough for all their hard work – especially over lockdown.

I hope people across Bolton North East will join me in pledging their time to keep Bolton tidy.”

“We are delighted to have the support of Mark Logan MP for this year’s Great British Spring Clean.

Whether you commit to do five minutes or five hours, every single pledge will help us reach our million-mile target and clear many tonnes of litter pollution from our environment.”

This year’s campaign comes as the charity has reported a massive increase in the number of people who have started litter-picking during the various lockdowns. It has seen the number of #LitterHeroes grow by a third in less than 12 months.

Pledge to get involved today at www.keepbritaintidy.org/gbspringclean