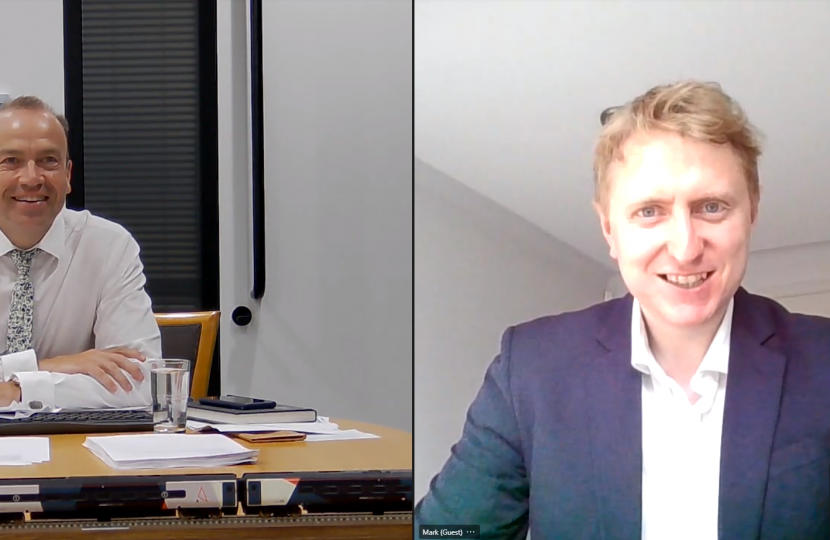 Last month, saw the announcement of the government plans for a new public body, the Great British Railway. A shake-up of the rail system as we know it, creating a more passenger-focused service.

Following the news, the MP for Bolton North East, addressed the Secretary of State for Transport, Grant Shapps in the Chamber calling for a direct line from London to Bolton.

Now he is striking whilst the iron is hot, echoing calls to the Minister of State for the Department of Transport, Chris Heaten-Harris, for as much support as possible.

“This is very much part of Bolton’s reinvention, to entice more entrepreneurs and established global businesses to setup shop in Bolton.

I’ve raised the question on two occasions in the chamber and met with the Minister of State to get the cogs in motion.”

Improving connectivity and travel infrastructure is a priority for the Bolton MP, who has secured a feasibility study for the extension of the Metrolink, connecting Bolton to Greater Manchester.

Mark Logan, MP for Bolton North East, has urged businesses in the constituency to get involved in winning business on the building of the new HS2 railway.