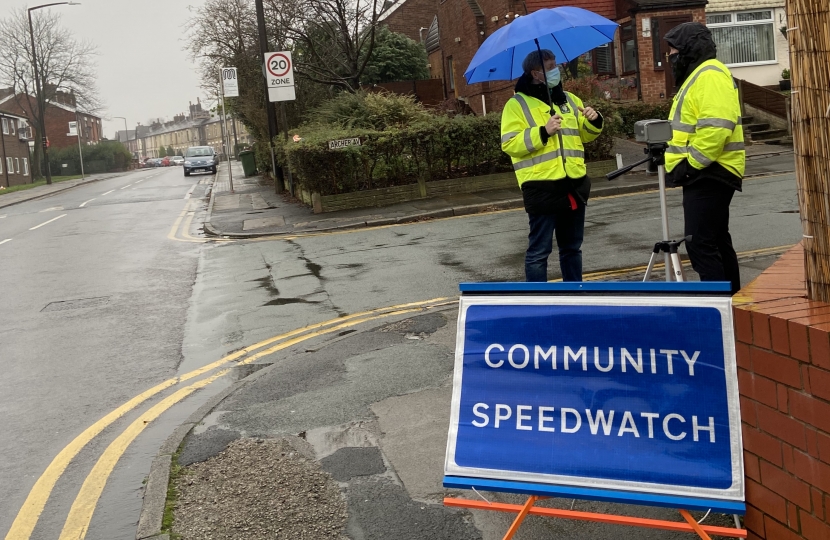 Since 2015, there have been 829 road related casualties in Bolton North East. Clearly, dangerous driving is a widespread issue and Community Speedwatch groups can serve as successful speed-calming measures.

Mark Logan MP is appealing to local residents to lead their own Community Speedwatch groups to help tackle the issue of dangerous driving.

The MP, for Bolton North East, recently took part in a Speedwatch with Dave Edmondson, founder of the Tonge Fold Neighbourhood Community Speedwatch, to find out what it takes to run a group.

“It’s going to take someone who is compassionate, dedicated to the area and genuinely wants to help out.

It will take up some of your free time, but you will have the satisfaction of knowing that you have helped out in the community and made the roads safer.”

“Regrettably, dangerous driving is rife in Bolton North East. I am, however, positive that there are many suitable volunteers to set up new Speedwatch groups to confront this issue.

I look forward to working with Dave to create Speedwatch starter packs to encourage likeminded residents to follow in his footsteps. I cannot thank him enough for his commitment to keeping our community safe.”

Since being elected, Mark Logan MP has raised the issue of dangerous driving in the chamber, campaigned for extra speed calming measures and an increased police presence in the constituency.

The Prime Minister has announced that 600,000 rapid-turnaround lateral flow tests will be sent out by NHS Test and Trace to local public health leaders this week – including in Bolton.