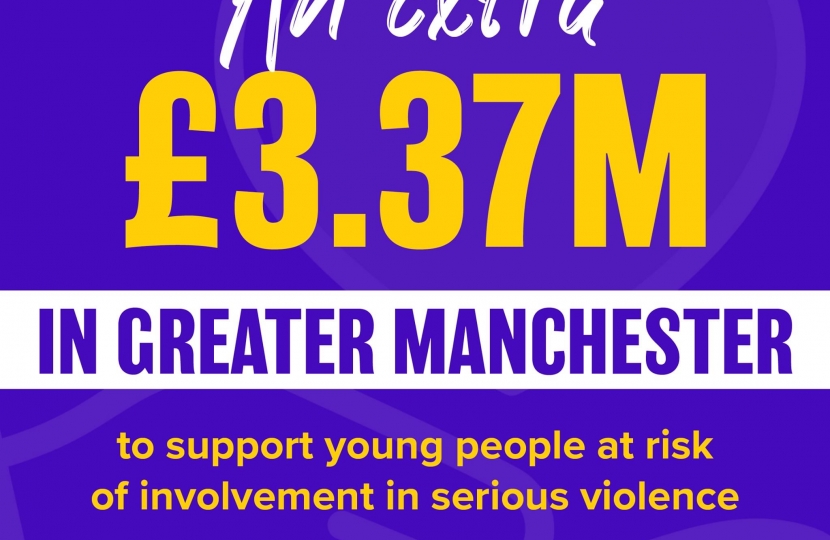 Greater Manchester will receive an extra £3,370,000 for Violence Reduction Units, to reduce violent crime and ensure safer streets for our communities.

The funding will be invested in Violence Reduction Units, which bring together organisations across local communities to tackle violent crime and address its underlying causes, as well as also funding vital local projects doing positive preventative work with children and young people.

Conservative MP for Bolton North East, Mark Logan MP is committed to ensuring safer streets in Bolton.  He has welcomed the share of the £35.5 million total targeted funding across England and Wales.

“This funding will have a big impact in Bolton. By bringing together organisations across the borough to tackle violent crime and address its underlying causes, I am confident that we can get crime down.

The funding for vital local projects that do positive preventative work with children and young people is also extremely important, guiding young minds away from the wrong paths.”

The allocation brings the total funding targeted at violent crime up to £105 million and is the third year in a row where the Conservative Government has invested in the areas worst affected by serious violence.

The money forms part of a wider government drive to tackle crime and make communities safer, which includes bringing in 20,000 additional police officers over the next three years, 6,620 of which have already been recruited.