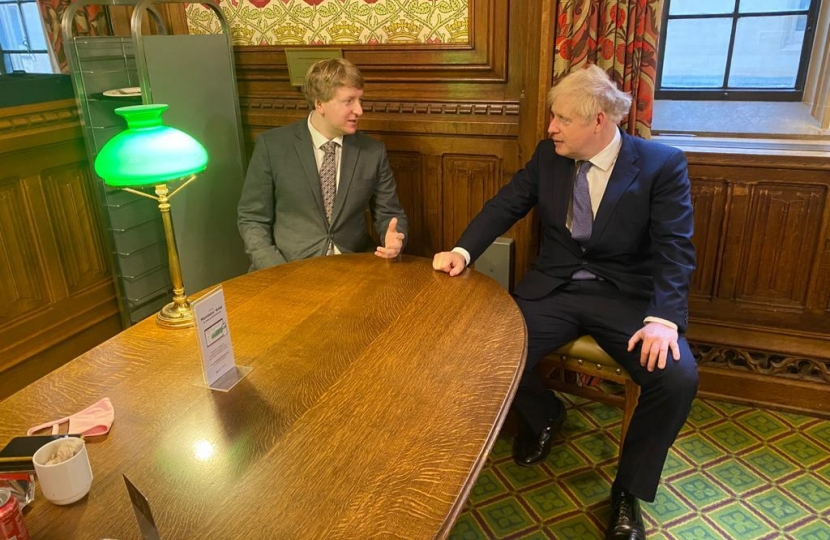 The MP for Bolton North East, Mark Logan, has been in talks with the Prime Minister, Boris Johnson, to ensure that Bolton receives the economic support it needs to weather the winter ahead. Yesterday, he shared a picture capturing discussions with the PM to his Facebook page captioned ‘Boris Johnson’s backing Bolton’.

Speaking in the chamber on Tuesday, Mark Logan further highlighted the case for increased fiscal support as Greater Manchester is moved into Tier 3.

“Britain’s fiscal support outshines that of our European neighbours but constituencies like mine have never really emerged from the economic lockdown.

Employment and many businesses are being stretched.

Will the Treasury constantly review the financial help on offer for those faced with tier 3 restrictions?”

The Financial Secretary to the Treasury, Jesse Norman MP responded detailing the comprehensive economic support already announced by The Treasury.

“I thank the Honourable Gentlemen for his question, he will know that we have committed almost £500 million to English local authorities through the tiering system.

That comes on top of £300 million already allocated to local authorities for test, trace and contain activity.

He will also be aware that there are grants of up to £3,000 per month depending on rateable value through the Local Restrictions Support Grant.

As well as the expansion of the Job Support Scheme. All of that forms part of our comprehensive package.”

The Chancellor’s Winter Recovery Plan is already well under way with an extension of the 15% VAT cut for the tourism and hospitality sector, flexible Pay As You Grow repayment system for Bounce Back loans and an extra £68.7 billion additional funding for NHS and public services.

To add to this, across England, areas under Tier 3 restrictions will receive extra funding.  The Government is eager for discussions with Greater Manchester’s local leaders, to agree on a £60 million sum for Greater Manchester boroughs.

Students across Bolton will continue to receive high-quality education while schools are closed thanks to new government support.