Mark Logan MP: “Vaccinate Bolton by the End of May” 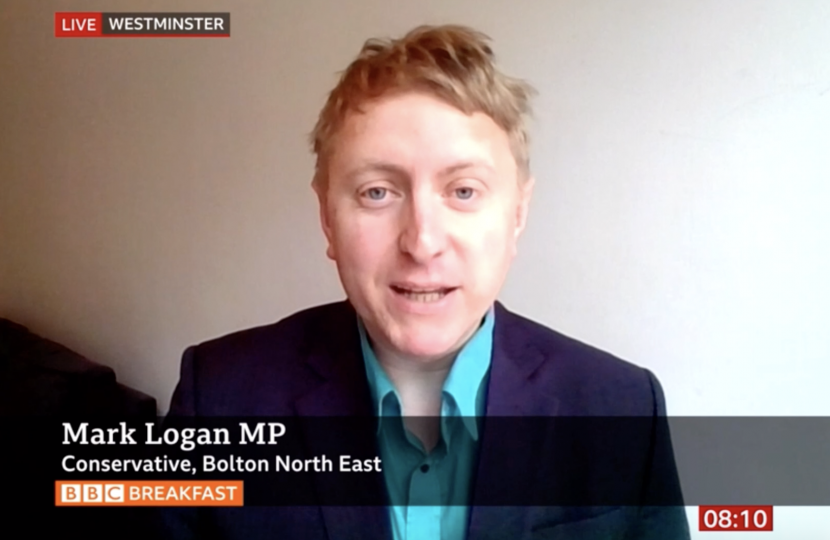 Mark Logan the MP for Bolton North East has called for Bolton to be vaccinated by the end of May.

Speaking on BBC Breakfast, he said:

“My message is simple, let’s vaccinate Bolton before the end of May. Let’s get that first dose out as quickly as possible.”

He also paid tribute to the “first class” response on the ground from local health and council leaders, adding:

“There has been an absolutely heroic effort from volunteers, health professionals including Dr Helen Wall, Dr Helen Lowey and Andy Morgan at Bolton Council.”

The Bolton MP has been vocal in his calls for extra Government support to help the town battle rising infection rates of the B1.617.2 variant, commonly known as the Indian variant.

On Friday, the Prime Minister gave Bolton his full backing. Addressing the nation, he paid a heartfelt tribute to Boltonians for experiencing one of the longest periods of restrictions across the UK.

Now, the weight of Government is being thrown at Bolton through additional support including surge testing, mass vaccinations, longer opening hours for vaccination sites, military assistance and a Surge Rapid Response Team including 100 nurses and Public Health Professionals.